I lived in New York for over six years, which is like 12 years elsewhere since New York moves twice the speed of any other place in America.  I am always happy to return.  My employed visits entailed non-stop meetings and business meals.  This time, I took more of a tourist approach and slowed it down a bit. 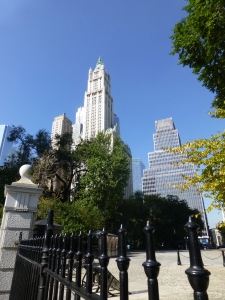 We arrived to Jack’s place in the East Village and had dinner with John and Ellie (Jenni’s friends from Cornell) at Café Mogador on St. Marks Place.  It is a cozy, subterranean spot with good food.

OK, I am having a hard time writing at this moment but feel compelled to catch up more so please excuse me as I do this post in bullet format… 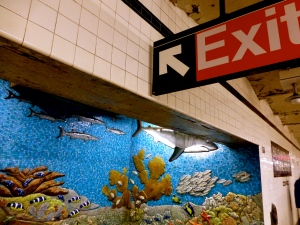 Did this spark the 4-game win streak?

So that was our time in New York in a nutshell.  Countless details omitted.  There is so much to see and do in New York and I make no attempt to offer comprehensive guidance, but in addition to the “usual” websites like Yelp or Tripadvisor or Citysearch (does that still exist?), you may find useful information at http://ny.eater.com/, http://www.timeout.com/newyork, http://nymag.com/, http://www.villagevoice.com/bestof/, http://gothamist.com/ and I’m sure lots of others…